And the Raspberry Pi

Back in the 1980s, there was a TV show called Knight Rider, about an artificially intelligent car, called KITT, and his trusty human sidekick. At the end of the series, the human actor continued on to fame, while KITT more or less faded from public consciousness.

Unless, that is, you happen to be at Linux.conf.au, where organiser Steven Sykes has modded a classic Trans Am to pretty accurately mimic KITT.

The kit that is KITT consists of the most iconic mod, an light LED array on the hood of the car, and an outward-facing speaker to project snippets of KITT's voice.

Additional mods include some hardware switches above the dashboard and a fancy racing steering wheel. 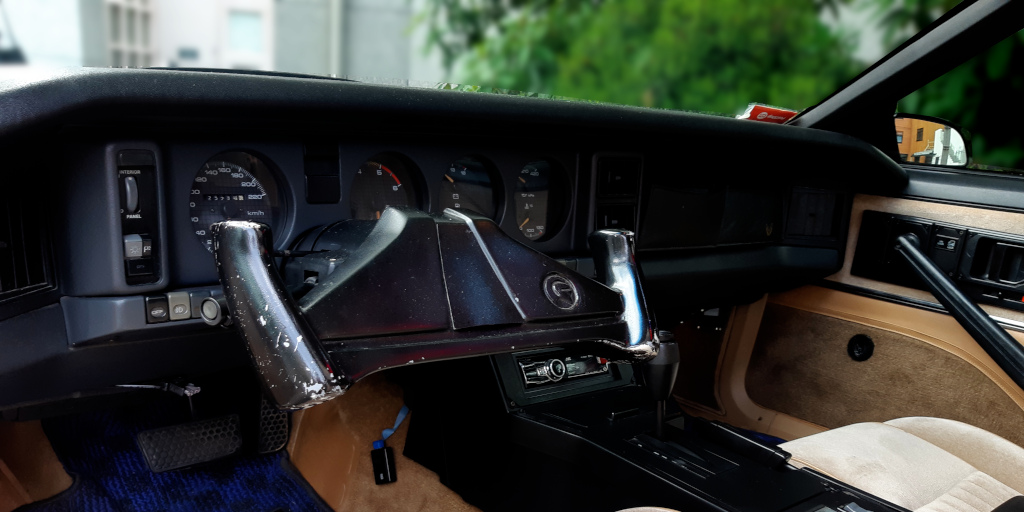 Unsurprisingly, all of these cool mods are powered by a Raspberry Pi, a tiny computer about the width and length of a credit card, low-powered enough to run off of a portable battery pack, but robust enough to control LEDs, audio, and a web server to receive remote commands from Steven's phone running a simple web UI he threw together with some basic HTML.

The car was a hit at the conference, and probably a hit around Christchurch in general. Here's a quick look at it: