Solo and Kuryakin must break into a vault under a European casino and destroy (yes, destroy) fifty-five million dollars belonging to their arch enemy Thrush. It's a heist episode, replete with a team of specialists to be assembled, complex plans to be made, and success hinging upon a bunch of unknown factors. 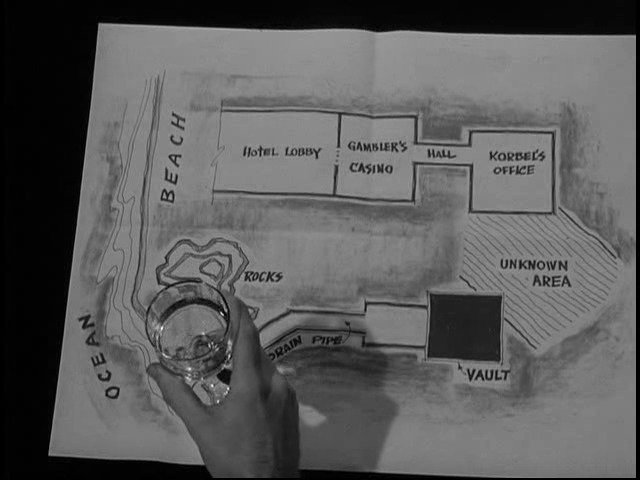 The first specialists is a duplicitous professional thief Marcel Rudolph (played by Dan O'Herlihy) laying low at, conveniently, the casino in question. He's an expert on electronic locks, but also has been trying his very best to get into Thrush. There are actually some pretty nifty traps in this episode, and some clever ways around them. 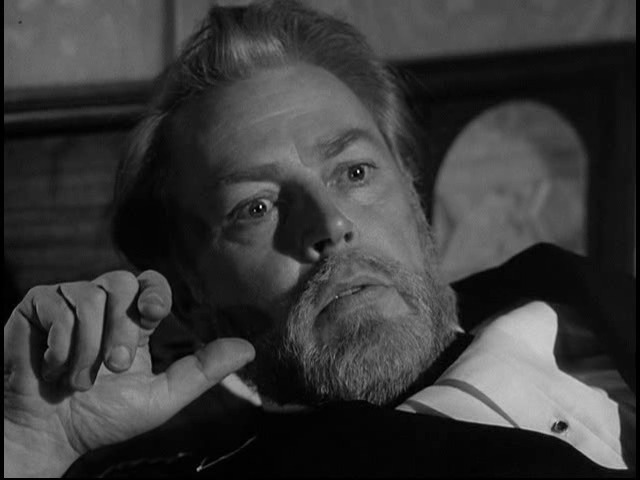 The second specialist is, well, not a specialist. UNCLE couldn't afford to send a third agent, I guess, because Solo and Kuryakin decide to recruit a random woman from Minnesota for assistance. They choose Susan Callaway (played by Marlyn Mason). There's no reason for choosing Susan Callaway, she has no special skills or qualifications, they have no idea that we know of that she's reliable much less trustworthy, but they make their decision, apparently at random, and sign her on for help. Fortunately, for us, she's utterly charming and uses expressions like "fiddlesticks" instead of swearing, which apparently even in the 60s was considered quaint.

Fortunately for UNCLE, Susan is brave, reliable, precocious, and a really good actress. She's in Europe because she's determined to shake off the good girl image she's got back home, and she ends up stealing the show. I don't mean the episode, necessarily (although I reiterate, she's really adorable), but the heist. At a few points, the success of the mission is hers to decide, and she comes through.

The actual execution of the heist itself is genuinely tense. And the planning stage is, too, because you're just convinced that UNCLE is going to get thwarted by Rudolph, but they've uncharacteristically planned for all eventualities, and they maintain the upper hand. There were several times when I badly wanted to fast-forward through stages of the heist for fear of something going horribly wrong, and I think that's a good sign. Yes, I knew in the end that UNCLE would win, but there was a lot of anticipation, and I just wasn't sure when the thing was going to go wrong.

In the end, Thrush is defeated, UNCLE is victorious, and Susan Callaway from Minnesota is, as far as I can tell, determined to become either a thief or a spy or both. I instantly went to IMDB to look up whether the spin-off show, The Girl from UNCLE featured Marlyn Mason in the lead role, so convinced I was that the rest of her story was that she become a spy. Well, she's not the lead in that show, but I feel confident that there's an alternate reality that has a show about Susan Callaway, the professional thief who steals from the evil to give to the poor. In one episode, Napoleon Solo makes a guest appearance and serves as her sidekick, and in the season finale she's officially inducted into UNCLE.