Not everybody wants to fight. I learned this through "subtle" clues given to me by one specific group of players, including blank stares in reaction to combat encounters, and persistent attempts to negotiate with villains so vile that even Dr. Who wouldn't bother parlaying with.

Yes, it turns out that for some D&D players, combat is not as thrilling as it is for others. The problem with that is that D&D's leveling system is built upon experience points earned for finding treasure and killing monsters, with exceptions sometimes made for simply surviving an encounter. In my next three blog posts, I'd like to propose three ways of implementing noncombat XP: one developed by the professionals over at Wizards of the Coast, in Unearthed Arcana: 3 Pillar XP, another by Paizo, in Ultimate Intrigue, and a third Mixed Signals homebrew. 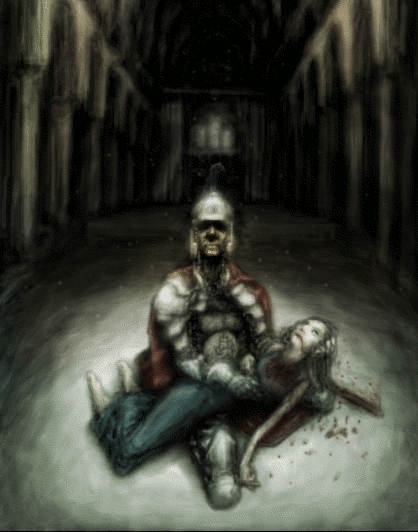 Unearthed Arcana is playtest material, so until (and if) this makes its way into an official product from Wizards of the Coast, it's subject to change. At the time of this writing, though, the 3 Pillar XP method proposes a drastically different XP system based on 100 XP per level. That's right, players advance to the next level per 100 XP they earn (and I use the plural "they" significantly: XP is not rewarded on a per-player basis, but to the whole party, which frankly is how I've always awarded it, as has every DM I know). This is a big change from the official system of the Player's Handbook, in which 2nd level is reached at 300 XP, 3rd at 900, 4th at 2700, and on up to level 20 at 335000 XP. In the 3 Pillar system, 2nd level comes at 100, 8th level at 800, 18th at 1800, and so on. The advantage to this is that all XP is some percentage of the next level; if players earn 20 XP, then they are 20% of the way to their next level.

Determining how much XP players have earned depends on their tier, a concept mentioned more or less in passing on page 15 of the 5e Players Handbook, which establishes:

The 3 Pillar system gets its name because it focuses on three kinds of common scenarios: combat, social intrigue, and exploration. Each pillar has unique goals. Within combat, players are rewarded for rendering a threat harmless (which doesn't necessarily mean slaying it). Social interactions reward players for turning important NPCs into allies, aligning them with their own cause, or denying them as assets to their enemies. And exploration rewards players for finding treasure or for discovering forgotten locations.

Combat requires a little more calculation, because monsters already have CR (challenge rating). In most cases, players earn 5 XP per monster defeated, or 15 XP if a monster's CR is twice the APL (average player level) or more. If a monster's CR is half or less the APL, then only 2 XP is awarded.

The main disadvantages of it, for me, is that it doesn't integrate into the system as written. That is, campaigns aren't written with this model in mind, so it's up to the DM to generate significant site diversions or subplots, or to gauge which social interaction counts as "verbal combat". Additionally, there's no allowance for pure wanderlust, since XP is based on discovering forgotten sites of significance for only your tier or higher. If tier 2 players happen to discover an ancient temple that can protect the neighbouring town from the undead that have been plaguing them at night, they don't officially get XP for it.

Aside from those minor critiques, it's an elegant and simple system that broadens the scope of a typical D&D session.

You can download a 3 Pillar XP Cheatsheet for free from Mixed Signals. To extract the downloadable archive, you may need to download and install the free and open source 7-zip archive tool (that's p7zip for Linux users, available from your software repository). Just click the icon below:

In the next article, I'll look at Pathfinder's way of implementing noncombat XP.