In my 3 Pillar XP and Ultimate Intrigue posts, I explained the D&D 5e and Pathfinder (largely compatible with Starfinder) implementations of noncombat-based XP. Such systems are useful when you find that your gaming group isn't playing for constant non-stop combat.

I don't think of myself a hardcore gamer. I play D&D for the story as much as I do for the combat, but I guess I expect and prefer equal amounts of each. As DM, though, I sometimes have a group who aren't interested in fighting. Since D&D is largely built around encounters, and those encounters are frequently with terrible hellbeasts beyond reason, there often is a built-in expectation that experience points (XP) are earned by killing monsters. So what do you do when a game group would rather talk about a problem to find a solution, rather than attacking it with brute force? 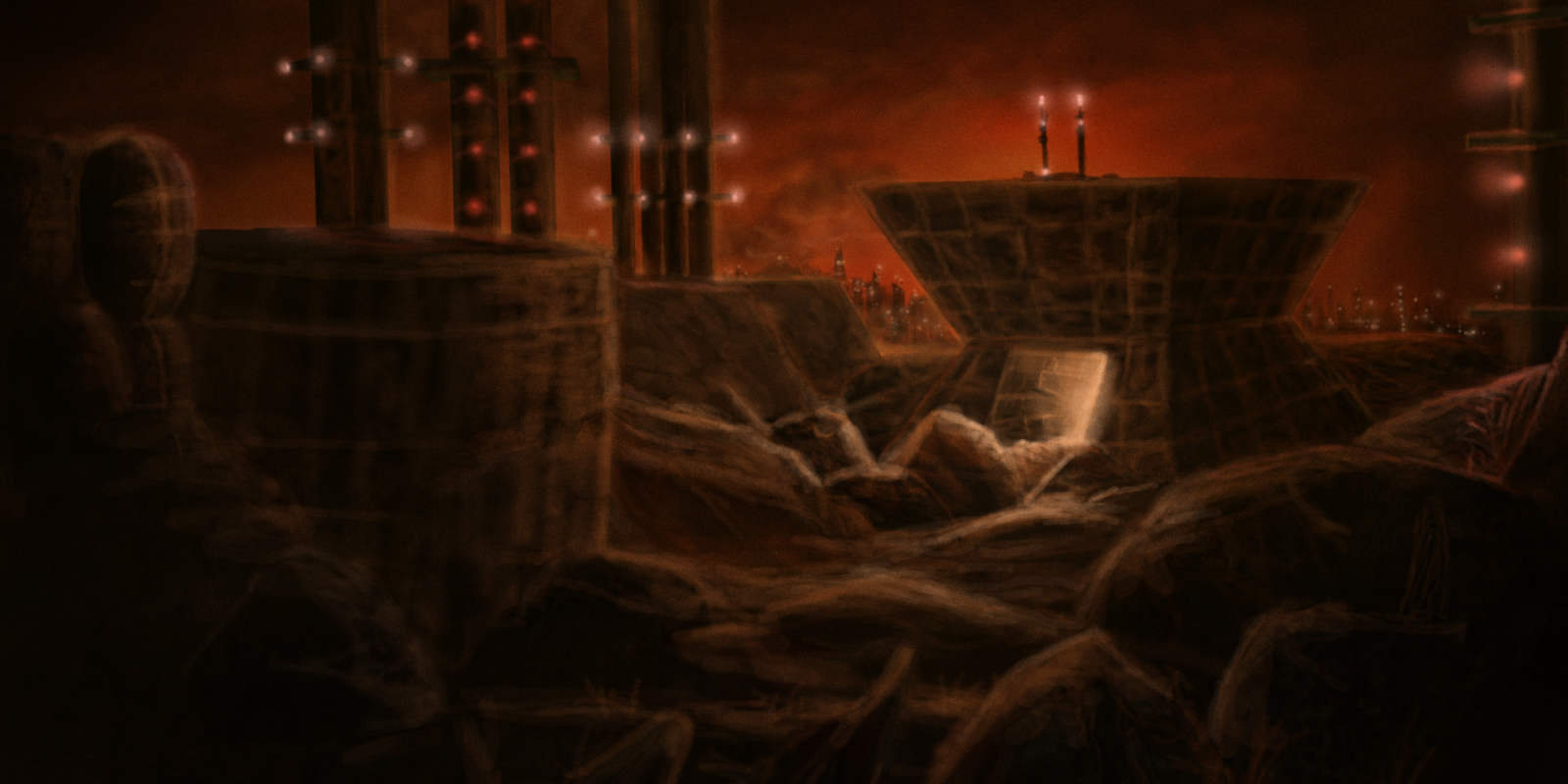 My homebrew method is pretty simple, and probably not terribly precise, but it works for me and my groups. It can be used for full campaigns, one-shot adventures, and even dynamically generated dungeons.

I don't tend to get much exploration with my players, because I almost never run anything that claims to be a sandbox or open world. When I GM, it's either for friends who have 3 or 4 hours to play, or at a game convention in a 4 hour time slot. My players are usually focused on tackling the problem that has been presented to them. However, sometimes a curious player wanders off in an unexpected direction, and I usually use that as an opportunity to plant a little story seed that is, in fact, some element from another module on my hard drive.

For XP, I only award XP if a location the players discover is then reported back to some NPC later. In other words, I don't push XP rewards for exploration onto my players.

It might be obvious to some that I stole this mechanic from video games. In some video game RPGs or RPG-alikes, a player sometimes stumbles upon quest prompts or even quest solutions before the quest itself has been marked as their active one. Often, the video game records the success, but doesn't award XP until the player finds the person associated with the quest and engages them in conversation. If the player has solved the quest, whether or not the quest has actually officially begun or not, the NPC usually awards the player with XP and gold or similar currency.

It works well for me, and sometimes it's a convenient way to introduce a new module. If the players return to town to cash in on whatever adventure they just finished, and then seek out someone else to inform them that along the way they discovered a dead body at the mouth of a cave, that's a perfect opportunity for them to be hired to find the person's cause of death, which naturally involves delving into a cave that turns out to be a forgotten temple to an evil god, or a dungeon, or a passage to the underdark.

Read my previous post on this subject to learn how I populate a regional map with all of the modules I own.

I have one particular group of friends who I play with who rank high on social intrigue. They don't seem to want the social interactions to have game mechanics as in Ultimate Intrigue, and yet the 3 Pillar XP system is a little too absolute (and also requires adjustment because of its reinvented XP model). This group likes to debate with NPCs when the stakes are not necessarily binary. An NPC may not be blocking player progress, but then again they aren't working with the players, either.

In these cases, I map out for myself, in advance, the potential outcomes of a social encounter. There are usually four or five different outcomes. Then I rank each outcome from the perspective of each party. If one side leaves totally happy, then full XP is awarded. If either or both sides had to compromise, XP is split.

Here's a simple example. Say the players have decided to blow up a bridge spanning a deep chasm in order to delay a group of enemies they know to be a few days behind them. It's important strategically, because should the enemy cross the bridge, they'll attack the castle and probably take over the entire region. However, when they arrive at the scene, they find a group of farmers using the bridge to carry goods from their farms to a market on the other side. They decide to talk to the farmers and explain why destroying the bridge is important.

To determine the amount of XP to award, I look at the CR of the NPCs "defeated" and use the appropriate XP gained in actual combat. This is listed in Pathfinder's Core Rulebook (page 298) and in the 5e Dungeon Master's Guide (page 275).

For unanticipated outcomes, I make a judgment call in the moment. In fact, you arguably don't really have to anticipate outcomes at all, but I find doing so helps me focus in on the "motivation" of the NPC's arguments.

My methodology isn't as complex as Pathfinder and makes no allowance for players who would rather roll dice for social interactions, but that's because I only implement it for players who make it clear to me that they enjoy role playing verbal debates. My method also isn't as exciting and inventive as the Unearthed Arcana's 3 Pillar XP, with its tier-based foundation and its wild new XP system. However, mine integrates simply with, and causes minimal disruption to, game play and game engine, and rewards players for thinking twice before either farming for clues from the DM or resorting to violence just for the sake of plot advancement. If you try it or remix it, let me know how it goes in the comments!