Can you play Magic: the Gathering by yourself? Is there such a thing as solo magic?

Well, now you can!

Single-player Hagic: the Gathering is a survival-mode game. You (the human) are pitted against on onslaught of brute force mechanics by two decks of Common and Uncommon cards. The goal isn't to win in the way you normally win in MTG, but to survive for as many rounds as you can.

Human: Build your deck as you normally would for Standard, Modern, Pauper, Cheapskate, or similar (60 cards, maximum of 4 duplicates).

Opponent: Now build a deck for your automated opponent.

Non-creatures can be an Instant, Sorcery, or Enchantment.

Creatures can be a Creature or Artifact Creature.

Opponent: Use a d6 to track rounds. Your opponent has no life, only creatures. 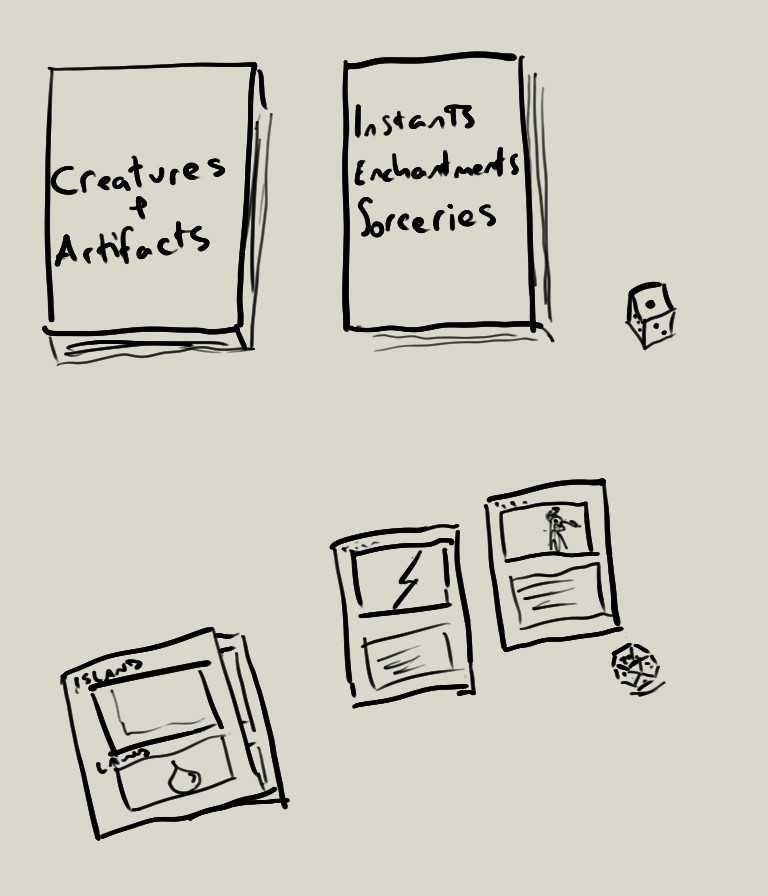 The solo game is played in rounds, tracked with a d6. On the first round, set the rounds d6 to 1.

Unlike you, your opponent requires no mana to cast. It mindlessly draws cards from its decks and attacks. It's not a free-for-all, though. Here's how the odd and even rounds play out.

Summoning sickness applies, so there's no attack on the initial round of the game.

When the rounds d6 reaches 6, set it aside and add a new rounds d6 at 1. See how many rounds you can last!

Dealing with a mindless horde

Your opponent is incapable of making intelligent or strategic plays or decisions. This is offset by its ability to cast without mana, so when there's a question about how a card translates to single-player mode, then you may safely consider the spell countered. When this happens, though, do not put the deck back into the opponent's deck. Instead, set it aside and add it to your own Survival Mode ban list.