How to Convert D&D monsters to 5e

D&D is often called the world's oldest RPG because, well, it literally is. With a history of over 40 years, if you're a player of D&D, you have decades of material at your disposal. Thanks to digital technology, the bulk of that history is available in electronic form, so you don't even have to roam the world for garage sales and used book shoppes. You have access to these resources whether you're new to the hobby or you've been around it all your life.

But there's a catch, of course. 5e (D&D Fifth Edition) is still relatively new, so the bulk of D&ampD; material was written for previous editions. While the stories and settings work seamlessly in any edition or even in any game system, the math is very specific to the mechanics of the edition it was written for. One of the most obvious examples of this is THAC0, the inverse armor and attack system of 2e, where lower numbers were better. Imagine running an exciting Planescape adventure from 2e and reaching the final confrontation with a Yugoloth with 100 HP, two attacks, and ...an armor class of -4...? It obviously just doesn't translate to Fifth Edition.

The good news is that math is a portable system, and so it can be converted. Wizards of the Coast released a conversion document as a guide, and because I grew up on Dragonlance novels and source books, I decided to try my hand at converting a few setting-specific monsters. Having converted several monsters from Dragonlance and Planescape, here is what I've learned about the process.

You have to start with the math. It's the least compelling part of the build, but it does provide you some idea of how much to pile into your build. For instance, if you work the math out and find that a monster has an AC 7 in modern terminology, no attack bonus, and just a few hit die, then you know that giving it high-powered special abilities is probably unrealistic (the description of the monster should also make that clean). Part of conversion is to retain the original intent of the monster, so you need to understand what "level" monster you' looking at as you start the conversion.

Because the math happens to be repetitious and mostly predictable, I make my computer do the work. Using the conversion guide as the basis for the math formulas, we here at Mixed Signals have developed a simple Python script that accepts the primary stats of a monster, and output the 5e conversion. Soon, we'll be offering this as a web page (we have to finish the front end first).

If you don't want to wait for us to get the page up and running, or if you simply prefer to have the script locally and don't mind running the raw code, then you can download it from its home on

If you don't have Python3 installed but want to learn, start with my Python 101 article. After reading it, you'll be able to run a Python script.

It's a simple script, with --help providing documentation. Look at the monster stats in the Monstrous Compendium or similar bestiary, and provide the numbers provided. The script uses these values to calculate a direct equivalent for AC, attack bonus, and speed.

Using less precise formulae, the script also creates a reasonable starting point for ability scores. This aspect of the script takes an artistic license, because the conversion guide doesn't specify how to derive attributes, but it makes some logical assumptions: 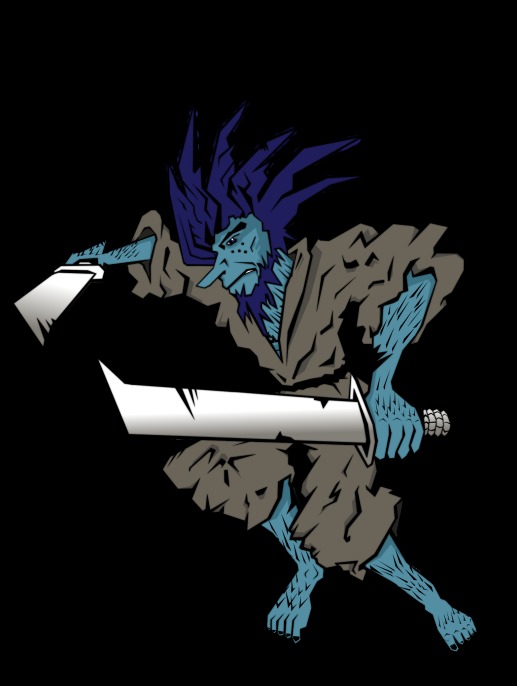 Put on your artist's smock

Truth of the matter is, converting from previous editions to 5e is as much of an art as it is science (according to the conversion guide itself). The goal cannot be to produce a facsimile of a monster from 2e or 3.5 in a 5e form, because more than just numbers have changed over the years. Action economy has shifted, modern players have expectations of spontaneous healing during battle, the list of conditions and penalties have altered, and so on.

The goal of converting a monster to 5e is to grab hold of the idea behind the monster and to bring it into your modern game system. You want to capture what makes the monster unique, and you want to approximate the monster's "fear factor".

The way I've been approaching that has been to read over the original description of the monster I want to convert, then close the book and think about what I've just read. The things that stick out in my mind, I assume are the things that make the creature unique. For instance, the very first thing I converted was a draconian from Dragonlance. I knew them really well from the novels already, so the first thing I thought about them was the different uses of their wings (some draconian types glide, others fly for 1 round, and others can fly normally). Reading their descriptions in a PDF of the Monstrous Compendium I bought from DMs Guild, I found that in combat, they gain a +1 to attacks when within 120 feet of the dragon they are serving, they all radiate magic, and they each have a unique death scene (for example, dissolving into acid upon death to deal damage to its attacker).

These are their iconic traits. That's not an official designation, it's just what I call the traits that, to me, define a monster in game. A monster may have other characteristics, but if I get the impression that nobody cares about them (specifically, if they don't inspire me as I read them), then I'm not going to belabour porting them over to the converted build. Iconic traits are what define a monster, not whether they favour a specific kind of weapon or whether they wear metal or leather armor.. Obviously, for a different monster, it may well be a special kind of attack or a specific speed or whatever else sticks out in the minds of other players. The point is, you can feel it out, and allow the little surprises about a monster be the things you concentrate on. If a player is confused or surprised by some inconsistency with the monster they know from past sessions, remind them than no two creatures are exactly alike.

The power of re-skinning

Once you have accounted for iconic traits in your new build, you can be as detail-oriented or as slapdash with the rest of a monster's stats as you please. A draconian is probably close enough to, say, lizardfolk in all of the crunchy stats, so you can copy and paste from one to the other. As long as you have the iconic traits, and you tell your players that they're dealing with draconians, you have a 5e draconian.

I usually try to work smarter rather than harder, so if someone else has converted an old monster to 5e, I'm more than happy to use their conversion at best or base my work off of theirs at worst. The order of seniority is pretty predictable: Wizards of the Coast (Monster Manual, Volo's Guide, Mordenkainen's Tome of Foes, Sword Coast, and so on) comes first, then I fall back on Kobold Press and Frog God Games, and then to random searches on DMs Guild and the world wide web at large.

There are times that I find a converted build that I don't feel is quite right. Maybe the AC seems wrong, or maybe the mix of skills and attacks just don't feel thematically correct. I'll admit that instead of iterating upon a bad port, I usually just start over from scratch. It doesn't happen often, but I do find it quicker to generate a quick and dirty custom build than to reverse engineer the logic of someone else's work.

Ultimately, it's important to remember that the monsters you're porting are basically ephemeral. They're in for a battle, and then either the monster is over or the game is. You probably don't actually have to spend too much time on monster conversion, unless you're publishing it, doing it for your own records, or running a highly competitive game where any shift in statistics could mean the difference between [player character] life or death.

If you have an interest in converting between editions, you should absolutely try your hand at converting a monster or two. It reveals a lot about previous editions, Fifth edition, and monster design in general.

Into Battle by Jack B. Unsplash License.