This episode is set in Hong Kong, which feels especially exotic given that so far most UNCLE episodes have been set in either the US or Europe. The plot is entirely about a MacGuffin that everybody seems to want, although UNCLE has no idea why. All they know is that a mysterious person known only as "Apricot" has benn selling secrets on the black market, and that if Apricot wants the item then it must be good. More importantly, it could be the key to bringing down Apricot's information brokerage.

It sounds pretty straight forward, but there are surprise alliances and false identities and changes of allegiance throughout. There are lots of unsavoury characters, too. This neighbourhood of Hong Kong absolutely has a Mos Eisley feel to it. Heck, it even has Richard Kiel.

I didn't entirely predict the identity of Apricot from the start, but I was definitely on the right track, so many of the surprises didn't land quite as effectively as I imagine the writers would have liked, but the weave of the plot is still impressive nevertheless. Ilya Kuryakin even goes deep under cover, complete with a latex face mask, and obviously, inevitably, removes it in a surprising reveal. Lots of changes throughout this episode, and everyone of them is satisfying even when the reveal does come just as you're figuring it out yourself. 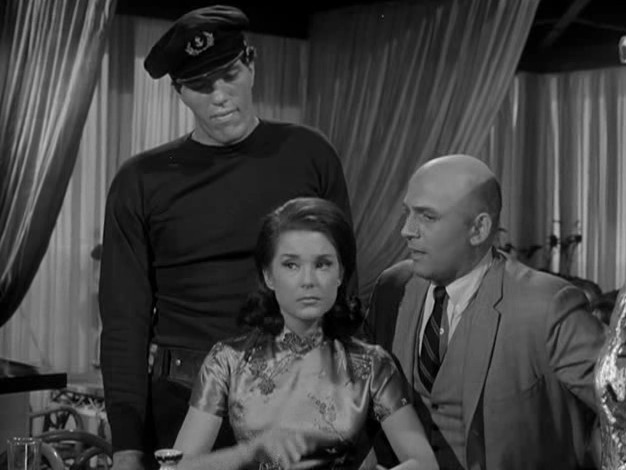 As the title may suggest, the MacGuffin in question is a priceless coin. It's got no importance to the plot or to UNCLE, aside from the fact that it's inspiring a lot of crime. What's just as interesting, though, is Heavenly Cortelle (Karen Sharp), a real rogue's rogue who inspires just as much crime as the shilling itself. Just how much a threat is she? Who's side is she on? How did she get such an amazing name?

This is a good episode, and you almost can't help but wonder whether it paved the way for Mission: Impossible, which would come to TV one year later.

It's not my favourite UNCLE episode, only because I did predict most plot twists. But it's a fun one nevertheless, and well worth watching.