A pragmatic guide to running an RPG

I've read my fair share of player handbooks and rulebooks, and lots of game mastery guides, and yet I still have a nagging feeling that nobody has yet provided a straight-forward, no-nonsense "recipe" for the mechanics of running an RPG session. Most books assume that if you're ready to take on the role of a Dungeon Master™ or a game master, then you must have played an RPG before and therefore understand what the GM does. That's a pretty fair assumption. You can find online videos of truly talented game masters, like Chris Perkins, Matt Mercer, or Troy Lavallee, demonstrating exactly how a game can be run. Then again, that's a lot of information to take in, and it assumes a certain degree of performance. That's not for everyone, and it's certainly not how kids playing AD&D back in the 80s and 90s figured it out. So I looked back at years of playing through pen-and-paper dungeons, and assembled this concise and pragmatic guide on how to run an RPG.

I don't assume you have ever played an RPG, but I do assume that you have purchased an RPG rulebook and have access to friends who are ready and willing to play. If you haven't gotten that far yet, please do read my getting started article.

It's pretty simple, in theory:

This is a loop, so just cycle through these steps until the players achieve the stated goal of the game.

So you want to play as the Game Master? I, like many game masters, have run games that have involved lots of prep work, and I've run other games that involved no prep work at all and were based entirely on random tables and a quick wit. But you have to start somewhere, so here's what I think is a sane process for easing into game mastering.

Generally, it starts with some amount of prep work. 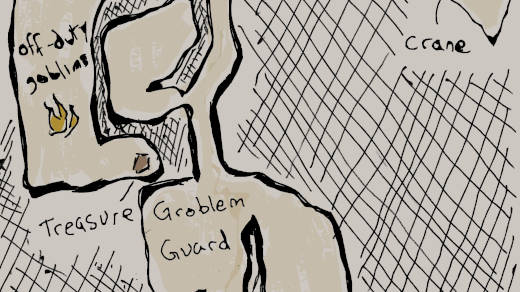 Not all systems publish adventures, though, or you may choose not to use one. If that's the case, spend some time developing a story. Writing a good game is part science, part craft, and part magic, but if you and your players are up to the challenge then running blindly through a story that's mostly being created spontaneously on the spot can be a lot of fun. If that sounds overwhelming, though, get a published adventure! 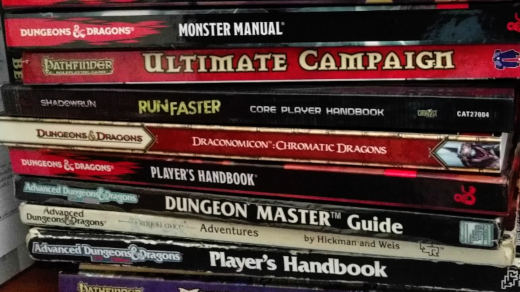 You might also sketch out a rough flowchart of how story elements connect, or jot down notes for yourself, or create an outline. Do whatever you think will help you keep the story of the game straight on game night.

You also need a set of die and, for the convenience of your players, some blank character sheets.

You're ready to play, so now what? 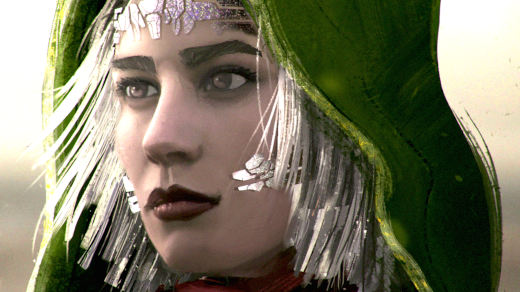 If your game spans more than just one session, then you might instead review what's happened in the story so far. This helps you and your players stay on track. If the players have recently leveled up, you can also review updates to their character sheets as a way of reminding the players of any new abilities or gear they can now access. 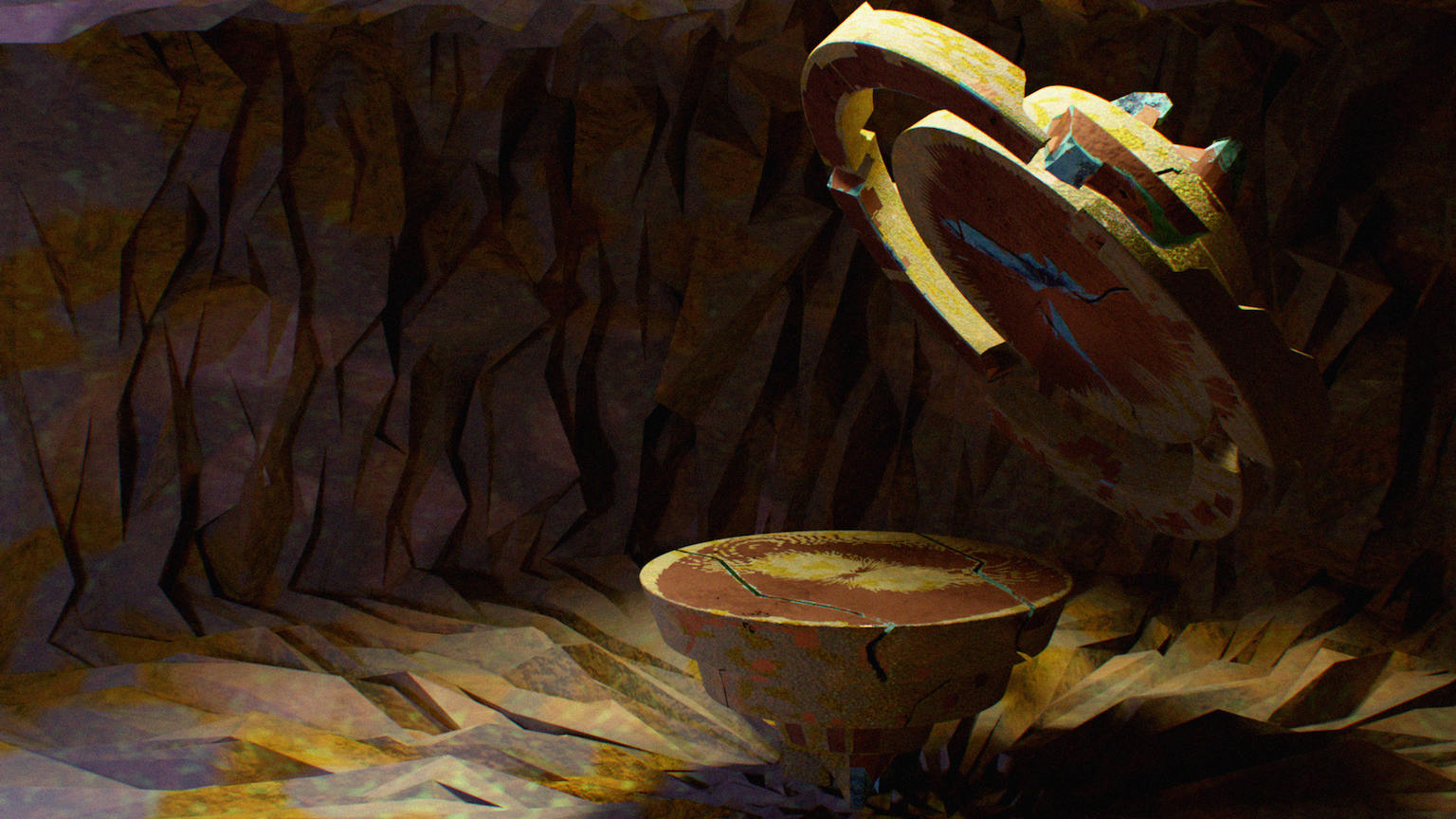 The strength of pen-and-paper role-playing gaming is that the virtual world has, literally, infinite capacity. Video games and books must commit something to paper or code, but your virtual world exists only in your mind and can adapt instantly to whatever the players do. For instance, if a player decides to knock on the doors of all 15 houses in a cul-de-sac but you had only planned on them visiting 1, you have the ability to invent 14 more stories for each extra house visited.

No published adventure can possibly contain the infinite details you need for full player freedom. No matter how many times you GM, coming up with new story hooks and set dressing and non-player characters in the time it takes a player to say "I knock on the door" is hard! And that's exactly why indie game developers like Mixed Signals provide tables and lists of NPCs, traps, treasures, and a dozen other resources for you to refer to when someone asks you for an unexpected detail that neither you or the adventure authors could have possibly known to prepare in advance.

Most importantly, know that there's no rule in any RPG that demands the game master must have instant responses. If you have to take a minute to look through your notes or GM toolkit to find the contents of a treasure chest or to find an NPC table or look up a monster, then take a minute to do that. Don't apologize, and don't feel pressured or rushed; ask your players to wait, and then find what you need. Alternately, ask a player to find what you need; it's not a crime to pass a monster manual or an NPC table to a player so they can find the page you need, while you continue the narration for everyone else. Players know that you're not making everything up on your own, so you're not destroying any illusions, and by bringing everyone at the table into administration of the game, you're hopefully empowering others to game master later, and you're reinforcing the fact that game masters and players are more alike than they are different. 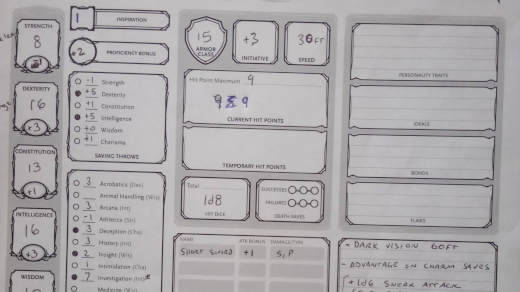 There's some flexibility here. Strictly speaking, any action that falls into a category of a skill on a character sheet requires a die roll. Then again, terms like Acrobatics, Performance, Persuasion, and so on, can seem pretty broad.

First of all, players often intuitively know when to roll die. It's the way the human brain works; a player knows their character's skills, so sometimes the actions they choose to take are chosen because it falls within a category of a skill they happen to have. A thief probably wouldn't ever think to look for hidden door if the thief weren't a thief, but a fighter (who would more likely think to pound on the wall rather than to slyly look for a hidden door). So if your player reaches for dice, let them roll because they're probably right.

Die rolls represent the chance of success or failure when a specific action is taken, but if you think hard enough about anything in the world you can find a chance of success or failure. As a GM, it's usually up to you to decide what's "important" enough for a roll. If a player tries to open an unlocked door into an abandoned barn that has no relevance to the story, then a roll is probably not worth anyone's time (although it's also a great opportunity to trick the players into thinking the barn could have been important by letting them roll to open the door, then rolling your own die as if letting fate decide whether a monster or some treasure was in the barn, and then telling them that the barn is empty).

In other words, it's part of the art of being a game master to determine when dice need to be rolled. Be attentive to your player's, and you'll get a feel for whether you're having them roll too little or too much. Worst case scenario is that die are only picked up for fights and a literal interpretation of skills: it works because those are the rules as written.

Some adventures take 4 hours to play, and others take a year. It's down to the length of the written adventure and player focus. Either way, after the end goal has been reached and the adventure is over, there's a little bit of administrative work to be done. You should do this even if an adventure was "just" a one-shot; it's very common for players to come back for another game with the same character, so it's important to correctly track progress no matter how casual the game. 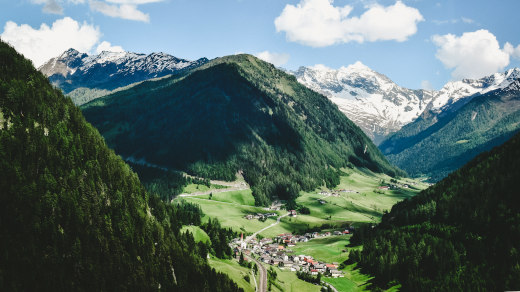 Pen-and-paper role playing games are fun in part because they don't start and end at the game table. You can build characters who may or may not ever go on an adventure, you can maintain a character's downtime between sessions, you can read up on lore, tour different villages and read the gazeteers of towns, collect tables and lists of forgotten spells, hidden treasures, and mundane citizens, and voyage to different planes and different worlds, all without sitting down at a table to play an RPG. In fact, you could almost argue that playing through adventures is the smallest part of a good RPG.

So don't constrain your time as a game master to the few hours a week you're sitting around with friends playing through an adventure. Make it a daily activity. Be a serious gamer, and you'll make a great game master.

All others by by Mixed Signals. Creative Commons BY-SA.