This episode has it all: a noir atmosphere, the urgent need to get across a European border, a story mostly set in the confines of a train, a valuable MacGuffin that two separate parties must have, political alliances and conflicts, a police state, HAM radio, and lots more. Broadly, this one falls into a category of UNCLE episodes I imagine to be otherwise discarded World War II scripts. It's very much got that exotic Casablanca feel, with its generic bad guys in what were probably straight from the Nazi closet of the costume department, and so far it works really well for me. I'm a big fan of actual film noir, so borrowing from that tradition is rarely something I'll complain about.

The story begins with Solo exploding the wall of a cathedral in broad daylight. Once again, I have to admit that this surprised and horrified me a little. There were lots of innocent people around at the time, and Solo endangering their safety just didn't feel like a good-guy thing to do. But actually I like this about the show. I want my heroes to be heroes, but I also want them to mean business. He doesn't harm anyone (physically, anyway), but he does burst into the church, grabs a small dove pendant off the uniform of the dead man whose wake he's just crashed, and the plot is afoot.

All Solo knows is that his mission is to get the dove. Unfortunately, the dove pendant is apparently a hot item, and the both of the country's police forces go on high alert, and Solo is effectively trapped.

Waverly sets up a meeting between Solo and the mysterious Satine (played by Ricardo Montalban), the leader of the civic police force who wants Solo out of the country for political reasons, but also happens to want the dove pendant. 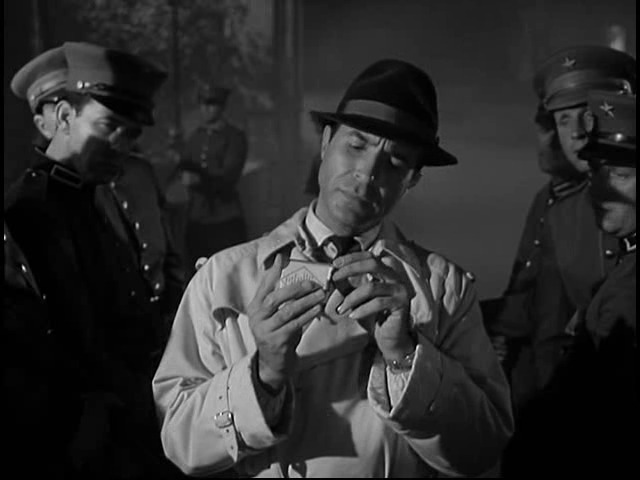 Solo manages to get away from that meeting with the dove pendant and his life, and sneaks (blunders, really) onto a train by posing as the guide for a high school tour group. Satine is close on his heels, though, and manages to board the same train.

Setting the rest of the story on a train was a bold move because it obviously limits the story to cramped quarters where it's impossible for Solo to evade his enemies. However, he has stashed the dove pendant somewhere on the train, so he and Satine decide on a sort of truce while they negotiate for Solo's freedom and ownership of the dove pendant.

Little do Solo and Satine realise that there are HAMs on the train. This is of particular interest to me, as my father was himself a HAM long ago, and I gather it was the "hacking" before hacking existed. Hobbyists were able to build and operate their own radios, and on certain frequencies they were even able to broadcast. It's still an active hobby today, and I've even built a crystal radio (that's a super simple, non-powered radio set) myself. It was the indie movement of high tech communication, and an important precursor to what we now know as open source. 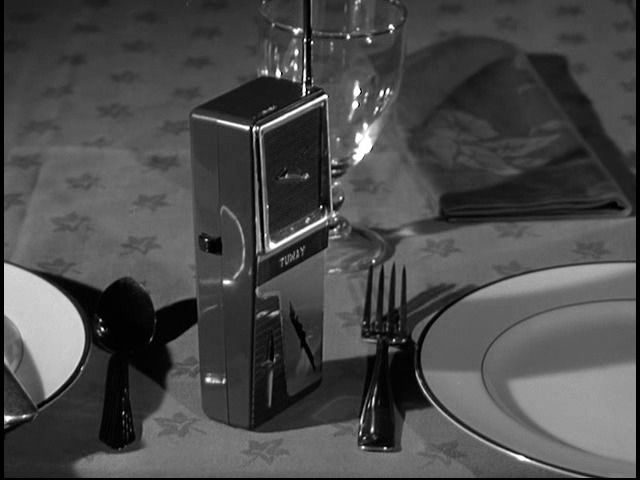 A radio handset left in a compartment enables the high school teacher (played by June Lockhart), who's confiscated one of the handsets from an Eddie Haskell type student, to overhear a bunch of secret agent talk. Once she knows what's really going on, she and her students are able to help Solo get across the border.

But who gets the dove? Well, it's not Solo. The conflict is elegantly handled in what, admittedly, is a pretty obvious solution. It had occurred to me well before the characters thought of it, and I think in a way this is the weakest part of the plot. It's interesting that this is the weak point, because yet again it's only weak because the audience was given way too much information. If we didn't know why the dove pendant was important, the problem would seem unsolvable, and the solution staring us right in the face wouldn't seem like the answer until, maybe, Waverly (or McNabb, more likely) reveals the truth. Heck, it could have come as a surprise to Waverly and McNabb. Maybe Waverly doesn't know why the dove pendant is important, and has only received intelligence that Thrush is looking to have it destroyed.

But of course the authors of the episode explain why the dove pendant is important, and while both Solo and Satine actually want the dove pendant for noble reasons, there really is no conflict. The answer is really obvious, and while the solution is cleverly delivered, it's a little unsatisfying after you've been saying it aloud to your monitor for the past 45 minutes.

This minor infraction notwithstanding, this was another good episode.