In my previous post in my Friday the 13th series, I wrote about the original movie that started it all. It's not just one of the most persistent sequel film franchises, it provided the blueprint for the modern slasher horror genre. This Friday, I'll look at its first sequel in an impossibly long line of sequels.

It's stated in the movie that five years have passed since the events of the original, and since this movie was released only a year after the first, I guess that means it takes place in the future (or else, the original took place in the past).

It's very much the logical continuation of the original film, though, and in fact it opens with a re-cap of all the action of the first movie (probably especially important given the lack of home video, at the time). It's set adjacent to the original Camp Crystal Lake, it involves a group of camp counselors, and it introduces Jason Voorhees as the central antagonist, inheriting the role from his beheaded mother.

The back story of the Voorhees was pretty murky in the previous film, and it's no clearer in this one. Miss Voorhees claimed that her son drowned in the lake, which presumably is why she became crazy enough to kill every camp counselor she could find within a convenient radius (with an emphasis on convenient; after all, she waited 20 years after her initial murders in the 1958 prologue of the original). The ending appeared to reveal that Jason was actually alive, lurking around in the lake, but the police were unable to find evidence of anyone living around the lake.

It turns out that Jason is real and did not drown, and he's now angry about his mother having been beheaded. Angry enough, in fact, to hunt down the girl who killed her, and finish the work left incomplete from the first movie. In fact, the excellent character, Alice, from the first film is finished off in about 10 minutes. It's too bad, because Adrienne King is a really good actor, but it sets expectations. 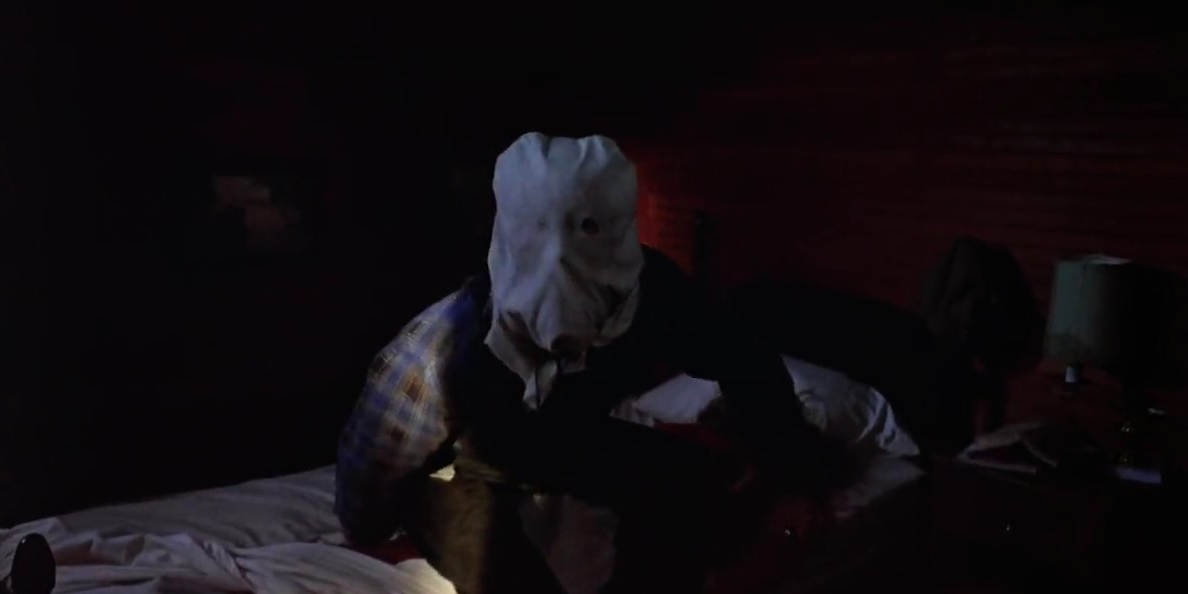 The point is, Jason is introduced properly in this movie, albeit without his famous trademark hockey mask. The interesting thing about Jason is that he's both impossibly agile and recuperative, but also surprisingly vulnerable. Several times, he's attacked and falls prone and unconscious, often by pretty ordinary means. It doesn't take much more than a whack over his head to put him down for a while. You can't help but demand from the characters onscreen that they do a coup de grâce, but of course nobody ever does, and so everyone suffers for it.

The plot of Friday the 13th Part 2 is basically the same as the first. A killer, using an the uncanny ability to anticipate everyone's exact location at all times, and their every next move, slaughters anyone and everyone he encounters. The character drama obviously follows the model set in Part 1. There are sweet romances, a group of eager teens hoping for a fun way to spend the summer outdoors, and an eventual discovery that they are all being killed, one by one, by an unseen stalker. 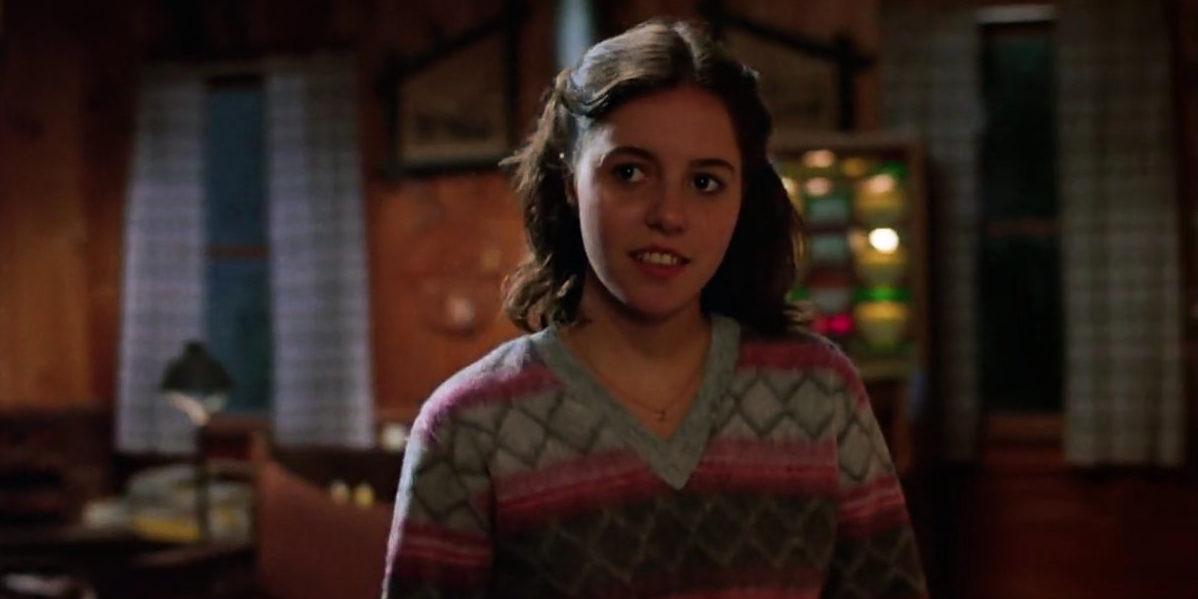 There are a few new twists. The sole survivor of the movie is a psychology major, and she has some compassion for Jason, and ultimately uses her diagnosis of him to stay alive. Some new character archetypes become stronger: there's the established couple who are definitely going to have sex later, there's a crude jock who harasses one of the girls, a trickster, a sweet innocent one, and so on. While this model would persist through later Friday films and also many horror films to follow, it's still not an exact formula in this film. In fact, not all camp counselors perish in this movie; some of them sort of get forgotten by the movie after they go on a late night pub crawl.

The end of the movie is a clone of the first, too, in which the killer has apparently been disposed of, only to make a final appearance that may or may not really have happened. The opportunity for a sequel is left open, but not required.

As sequels go, this is exactly what was needed. It's a logical progression of the story, and it's the same general feel as the first without being exactly the same movie. It truly feels like the second part of the original story. The series changes after this one, but at least for these two movies, we were given a simple, quaint look at murder in remote camping grounds. From here on out, it's Jason against the wide world, and the Friday the 13th series adopts its famous trademark and 3D technology. But that's a topic for next month.