Freddy Vs. Jason (Friday the 13th)

The 11th movie in the series, more or less, but the 10th in continuity, Freddy Vs. Jason seeks to answer the age-old debate of who would win in a fight: Freddy or Jason? I was always firmly in the Jason camp (so to speak), but the counter-argument was strong: Freddy Krueger is basically immaterial, a figment of a dreamstate. Without stat blocks, it was difficult to settle the matter definitively the way you would, say, a dragon vs. a beholder, but this movie promised to resolve it once and for all.

In fact, the Friday movie with the most reality-bending gimmicks, Part 5, is my least favourite Friday the 13th. That makes a movie that mixes Nightmare-style surprise!-the-last-scene-was-just-a-dream! sequences and goofy forays into dreamworlds sometimes difficult to fully invest in. But it does have one thing going for it: some really killer Freddy Vs. Jason fights.

At the opening of the film, Freddy Krueger has been entirely forgotten in the minds of the town he used to terrorize. Because fear is what gives him power, he is essentially impotent, lost in a dreamworld that no one visits. He decides that he needs to awaken the memory of his legend to inspire a new generation of people to fear him, and to let him into their dreams. When Jason shows up in Hell, Freddy finds him, enters his dreams, and tricks him (posing as Pamela Voorhees) into going to Elm Street and slaughtering somebody, which he assumes they'll blame on Freddy because Jason is unknown on Elm Street.

The plan works, until Jason starts stealing victims from Freddy. It seems Jason doesn't have any reason to stop killing, so Freddy decides to try to kill Jason.

It's unclear why, when Freddy poses as Pamela Voorhees again and instructs Jason to stand down, the trick fails. But it's a good thing it does, because as a result Freddy and Jason spend the rest of the movie at odds.

Of course, they aren't just at odds with one another the whole time. There's the B-plot happening, involving teens just begging to be slaughtered by a supernatural slasher (or two), and there are the small town police determined to contain the problem. 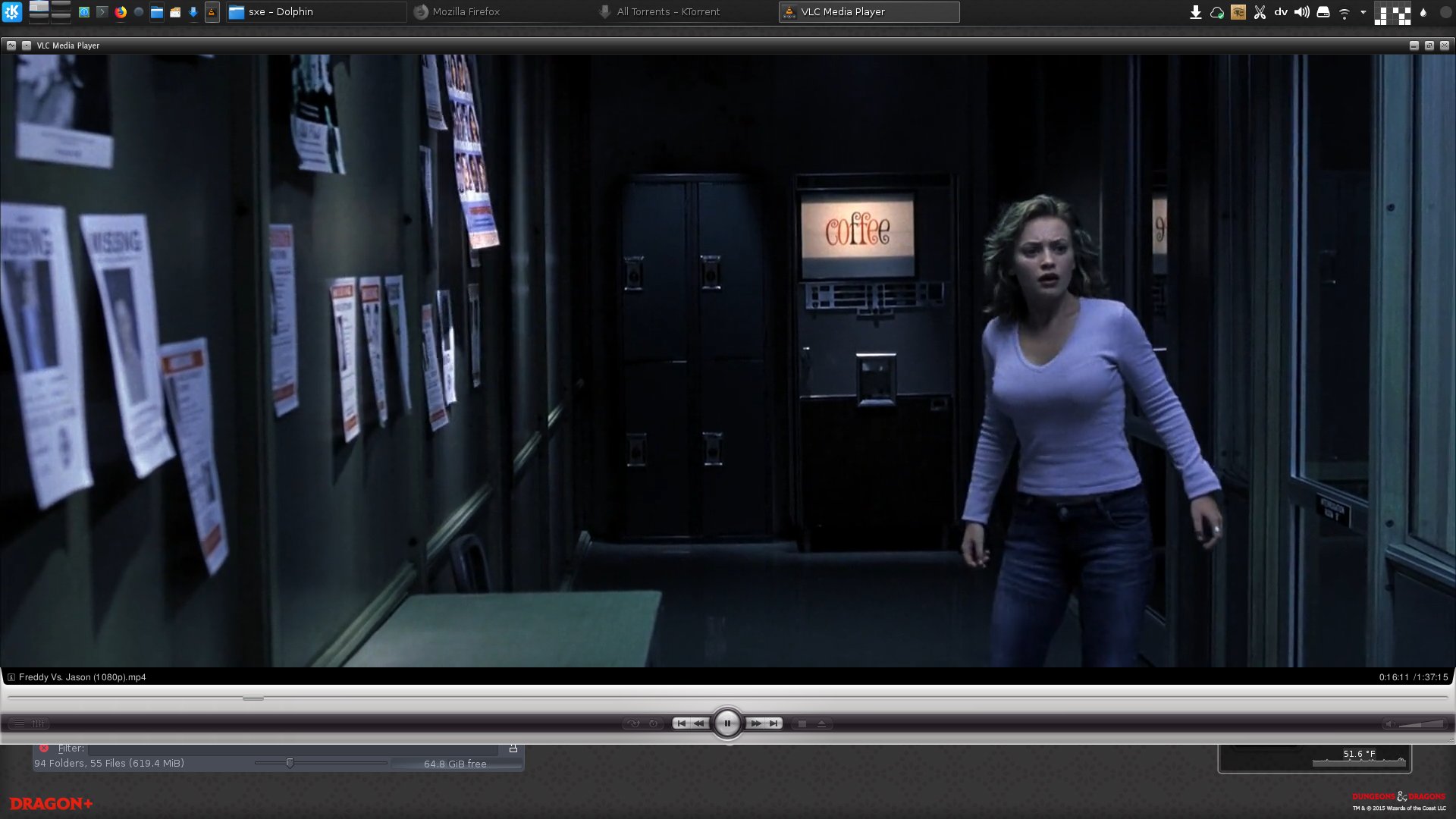 I don't know if it's the post-2000 horror motif or something from Nightmare movies, but the teens in this film are especially abrasive. The boys especially are borderline abusive, and generally few of the teens are likable enough that you necessarily want or need them to survive the film. A romance does surface, serving as a quick and dirty plot device to ensure that the audience cheers for the two characters who aren't annoying.

Ultimately, the star of the show are the classic moments from whatever movie series by which you arrived at this movie. The Friday moments in this movie were, admittedly, very good Friday moments. Jason attacking a drunken party in a corn field is particularly brilliantly done.

The battles between Jason and Freddy are as good as sequences in which two immortal beings endlessly stab at each other can be. Freddy is less inventive than Tina (in Part 7 The New Blood), relying more on his razor glove than in manipulating reality. This is further complicated when the teens somehow pull Freddy from the dream realm into reality (I'm not versed in Nightmare lore, so the technicalities of the plan were lost on me), and then bring both Freddy and Jason to Crystal Lake. Jason gains an advantage by being on his own turf, and the two get to have a bombastic battle in a rock quarry, or possibly a timber mill, that has suddenly popped up near the lake. The fight continues into the lake, and then out of the lake, and then back into the lake, and eventually a winner emerges.

Watching this film means you have to endure more bad one-liners from Freddy than are in the entire Friday series. But it successfully resurrects Jason after he goes to Hell, so it's an important entry into the Friday series. And it's a fun movie, so it's worth watching every now and again.

Next month, I'll look at the movie that preceded this one (due to this one being in development hell for nearly a decade) that sends Jason into space.