The Friday the 13th movie series is a hugely influential franchise, and when something influences pop culture so profoundly, it can be hard to separate legend and reputation from reality. The best way to be objective, or at least as objective as one can be about works of art, is to go back to the source. And for the next several months, on the Friday closest to the 13th in each month, I will be looking back at each Friday the 13th film. 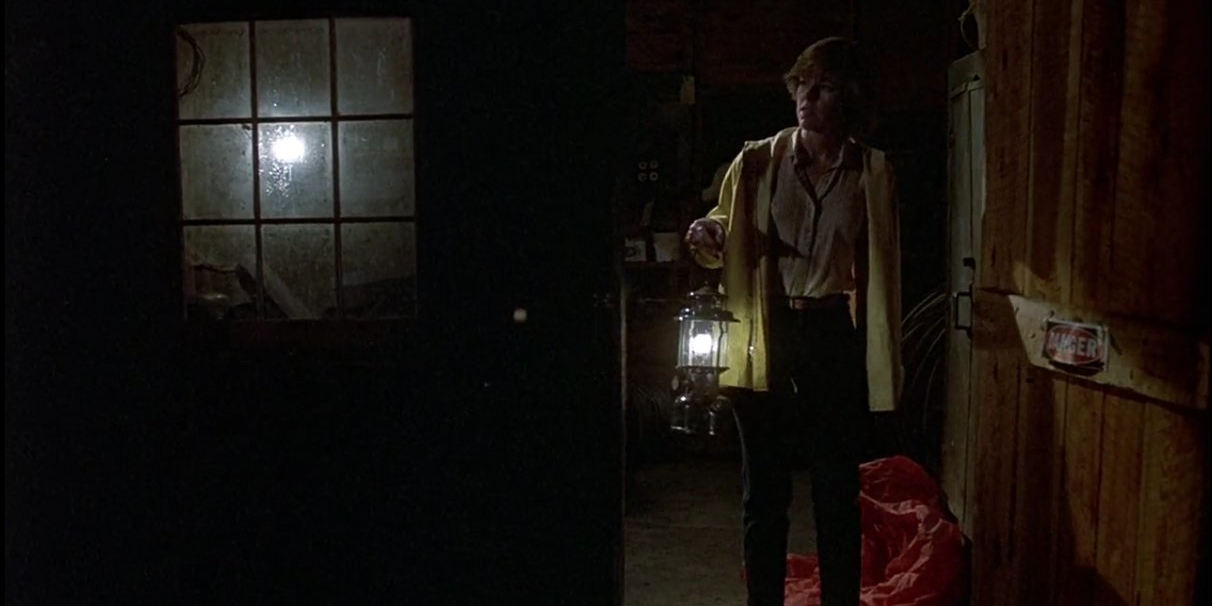 Because it was such a trend-setter for horror movies during the 1980s, it's surprising to find that the original Friday the 13th movie was largely an update both in spirit and in story to Alfred Hitchcock's equally influential Psycho. The tropes of the series, most notably the hockey mask, aren't in this movie. This is Friday the 13th before Friday the 13th.

What might surprise you about the original movie is how many of the main characters you empathize with and care about. Far from the irresponsible and rude and obnoxious youth featured by default in most modern horror movies, the ones who "deserve" to be slaughtered for having sex and doing drugs and going against all manner of social norms, the teens in this movie are sincere, friendly, and relatively innocent.

They do normal teenage things, of course, but the archetypes that would come to define horror movies are just barely present. This simple setup develops, to hyperbolic proportions, into a requirement of the genre. If a group of teenagers go out to a cabin in the woods to be murdered, there has to be the trickster, the vixen, the jock, and the puritan. That's not the story of this movie, though.

Ignoring the prologue, the movie opens with a cheerful girl making her way to a camp that, she soon learns, has a poor reputation from an incident 20 years ago. In the tradition of Psycho, this character is pretty swiftly disposed, and the story changes focus to a different group of camp workers. Story seeds are planted early. We learn that Alice is feeling unsure about her relationship with the owner of the camp. We see glimpses of two charming young lovers who are genuinely fond of one another, and who share thoughts and dreams with one another. We get a taste of the normal stresses involved in putting on an event, like a summer camp. 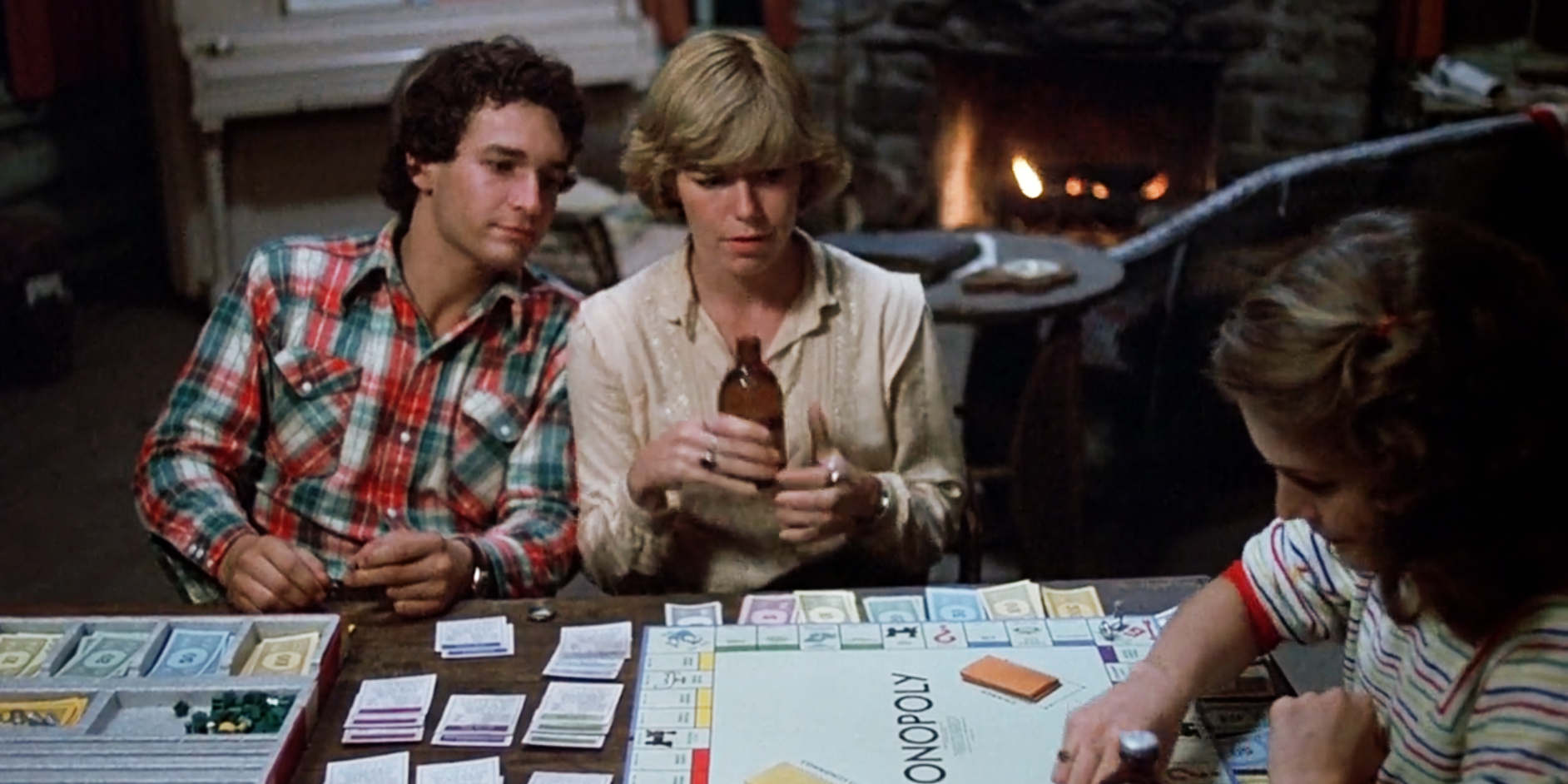 It's a touching and engaging look at a what could realistically have been a pretty normal American scene from the 1980s. And from a historical perspective, it's a fascinating look at everyday life in the 80s. You get to see how teenagers spoke, what they thought about, how they made the Monopoly board game interesting (which is no small feat). You get to see little details, like what appliances and everyday items looked like before plastic and relentless marketing campaigns dominated and flooded the market with cheap and gaudy facsimiles ready for product placement. And if you don't know the kind of movie you're watching, you might think you're in for a routine murder mystery.

We all know what Friday the 13th is, though, and regardless of how skillfully the stage is set, it is at its heart, even at this early phase of its life, a slasher film. The main attraction is seeing who dies, how far into the film they make it before dying, and how.

Admittedly, the plot of the slasher part of the movie is a little murky. Apparently Jason Voorhees drowned in a lake 20 years ago, and so his mother slaughtered the camp counselors who she felt were responsible. Then they are dormant for 20 years until more people show up at the camp, which triggers Miss Voorhees to kill again. She passes the mantel of crazed wilderness stalker on to her son (who didn't die in the lake, after all, but it's not clear why his mother apparently either believes that he did or chooses to claim that he did) at the close of the movie. It all adds up, even if it is a little fantastic.

The thing is, Friday the 13th was disturbing to the audiences of its time. It still is, because the story is otherwise a tender and charming character study of young camp workers on a summer working vacation. But at the time, it was deeply concerning for many people.

The point of the movie is that people die, onscreen, and the audience enjoys it. Film critics have tried to understand and trivialize this for decades now, with theories that the audience has permission to enjoy the slaughter because the teenagers being killed are shown to be immoral, according to current social mores. My own theory is a little simpler: audiences know they're watching a movie, and one that's been billed as a tragedy besides, and so they take part in the story being told in whatever way they prefer. For some, it means cheering for the unseen pretend-killer, for others it means cringing and hiding behind a pillow when an innocent pretend-life is pretend-taken, for others it's cheering on the character they hope will be the sole survivor. This is how humans relate to stories. In an RPG, we literally take part in the telling of the story, but in less interactive media, we express our own pretend-opinions within the pretend-setting, for the lack of being able to do anything to affect the pretend-scenario directly. In other words, audiences don't enjoy horror movies because we actually enjoy horrific things. We enjoy horror movies because we enjoy make-believe, and we take on a make-believe personality when we engage in a make-believe world.

Rationalizing it now, however, doesn't change that it sparked fear in the hearts of many Americans during the 80s, not necessarily because of what it showed but because of what it suggested about the public. Why did people enjoy this kind of movie? Had the public become evil? Had America been invaded by a mysterious demonic force, making young people play D&D by day and celebrate serial murder in movies by night?

Or was it a symptom of the violent culture that America had bred for the past 40 or 80 years? Nah, couldn't be that.

This was a big deal, at the time. It's still a big deal, as society continues to grapple with why art exists and what effect it has on the minds of its audiences (or, for some of us, what art betrays about the society it mimics). And the culture around the debate is rich, with some people capitalizing on the fear and confusion, others finding solace in it as their only viable means of rebellion, and still others sitting back and enjoying it for what it is.

Friday the 13th helped change the way people responded to art. It wasn't always pretty, but people reacted strongly to this movie and its progeny.

The soundtrack for the first film, by Harry Manfredini, is both progressive and traditional. If most of it was played back-to-back with Bernard Herrmann's score for Psycho, you might have a hard time telling them apart. Friday the 13th's music is urgent, abrasive, and anxious. But it is orchestral, and written for exactly what you're seeing on the screen each moment. With so many modern movies either burying their soundtrack in the mix, or else eschewing a score entirely and just playing the latest top radio hits to go along with the movie, the effect of Friday the 13th's score is stark. This music is a star of the movie. It's the anxiety the characters don't know they're feeling yet, and then it's the panic written on their faces just before they're stabbed by a crazed killer. 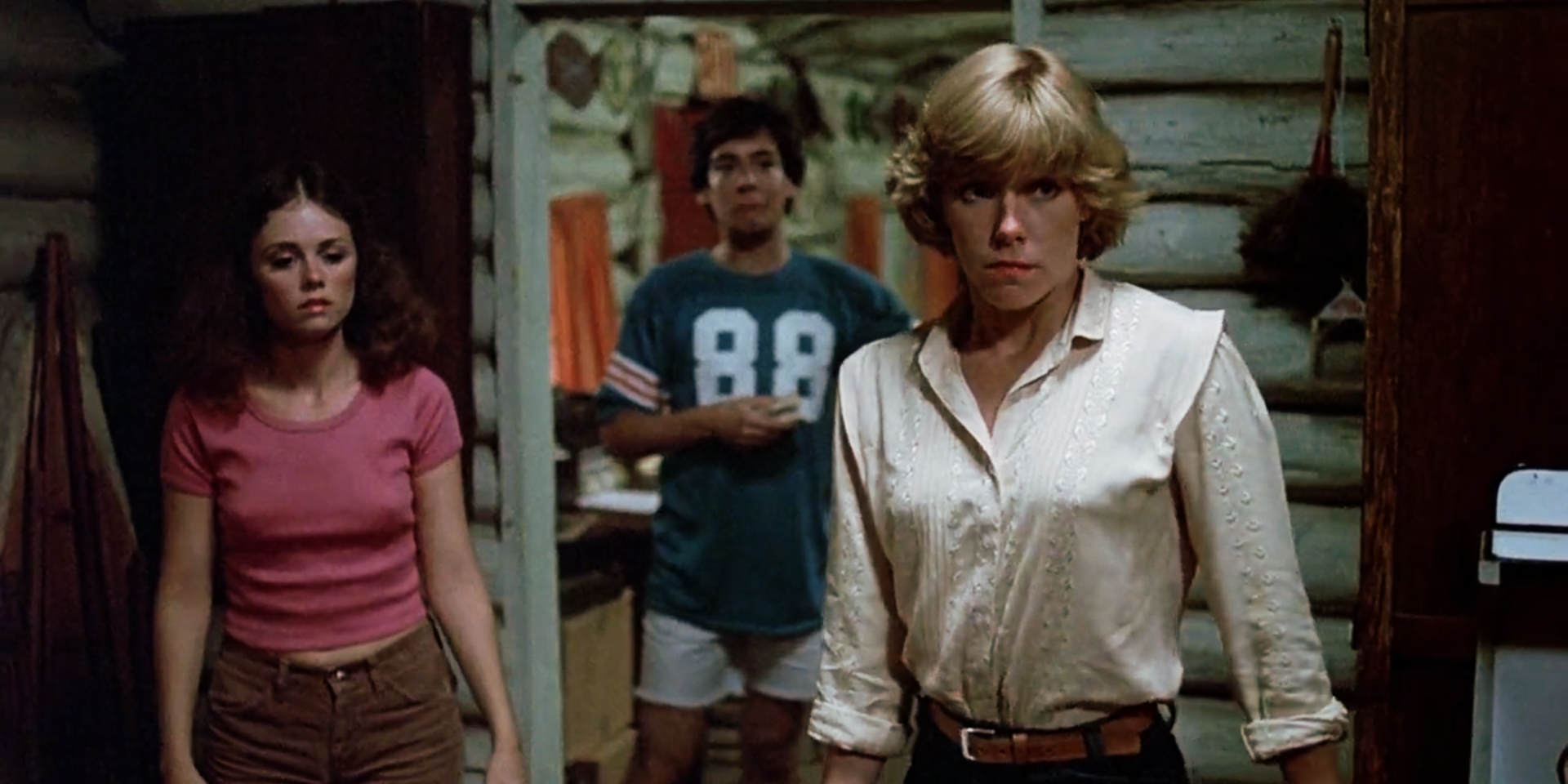 And yet the music is hardly the thing that people remember most about the Friday the 13th soundtrack.

The breakout hit from the Friday the 13th score is the ominous, echoing, ethereal sound queue that warns the audience that the killer is on the loose. It's the trademark ch-ch-ch-ch, ah-ah-ah-ah sound effect that everyone remembers from the movie, and there arguably hadn't been anything quite like it before (and few like it since). The sound effect is entirely unmotivated, it's purely part of the score even though it's not musical in the traditional sense. But it's the sonic "fingerprint" of the Voorhees killer, and it served as an example, to all the imitators that followed, for how to describe an unseen villain.

If you've never seen the original 1980 movie Friday the 13th, and you're a fan of horror, then you should watch the movie. If you've seen it already, then you should go rewatch it. It might seem tame, in some ways, compared to modern horror, and it bears little resemblance to later additions to the series, but it actually is a very good movie. And it may be "just" a slasher flick, but it lifted its pacing, its music, and its delivery from earlier horror, with updates to the usual taboos like gore and sex, while also telling a compelling story. Some of these things have been used for the past 40 years as a blueprint for creating a horror movie. The tropes started here, and seeing them done in earnest is both refreshing and enlightening. But most importantly, if you take the slasher out of the original Friday the 13th, one of the earliest slasher films, you are left with a human drama about characters and stories you care about. And watching them dwell in danger is the true horror of the original, and best, Friday the 13th.