Remember Part 5, the Friday the 13th movie without Jason? This movie takes that idea and runs with it, only with more explicit guidance for the audience to assure them that even though Jason Voorhees body isn't in the film, Jason Voorhees the force of evil is.

In fact, that largely the plot of the movie: once dismembered, the monster that is Jason Voorhees can move from one human vessel to another. Not does Jason possess a body with his trademark ruthless apathetic evil, he also grants the host superhuman strength, a brutish understanding of the world, and of course an unquenchable hunger for murder.

The impetus for this supremely metaphysical plot is the prologue, in which the FBI finally tries the one thing no one in 8 films thought to do: dismember Jason's body. It's a very clever opening sequence, and features the most nonchalant Jason survivor yet (well, aside from nearly everyone in Manhattan). The FBI agent who starts the film is, in a way, a prime target for Jason: an attractive woman in a house, presumably near Crystal Lake, naked, vulnerable, and just stepping into the shower after a long day of travel and impromptu house maintenance. She also has a head of hair that defies belief:

Her amazing hair may or may not be the source of her powers (that's not canon, I'm just personally impressed with the amount of hair some resourceful makeup artist managed to fit into a baseball cap), but she successfully lures Jason to the house. She makes a quick get-away. Jason follows. And then he's literally blown to pieces.

In just under 7 minutes, Agent Marcus becomes one of the few people to tangle with Jason and survive. And amazingly, she's not hunted down for it later. She really does get away with it.

This movie manages to follow the standard Friday formula, but somehow does it in a completely unique structure. All the elements are present, but none of them ever seem to be in the same physical location. Jason's there, but he's in different bodies throughout. There's a group of camping teens, but they have no bearing on the plot and almost no interaction with the central characters. The main characters have intriguing back stories, but many of them die too early (or are otherwise put out of commission) for them to complete their arc. 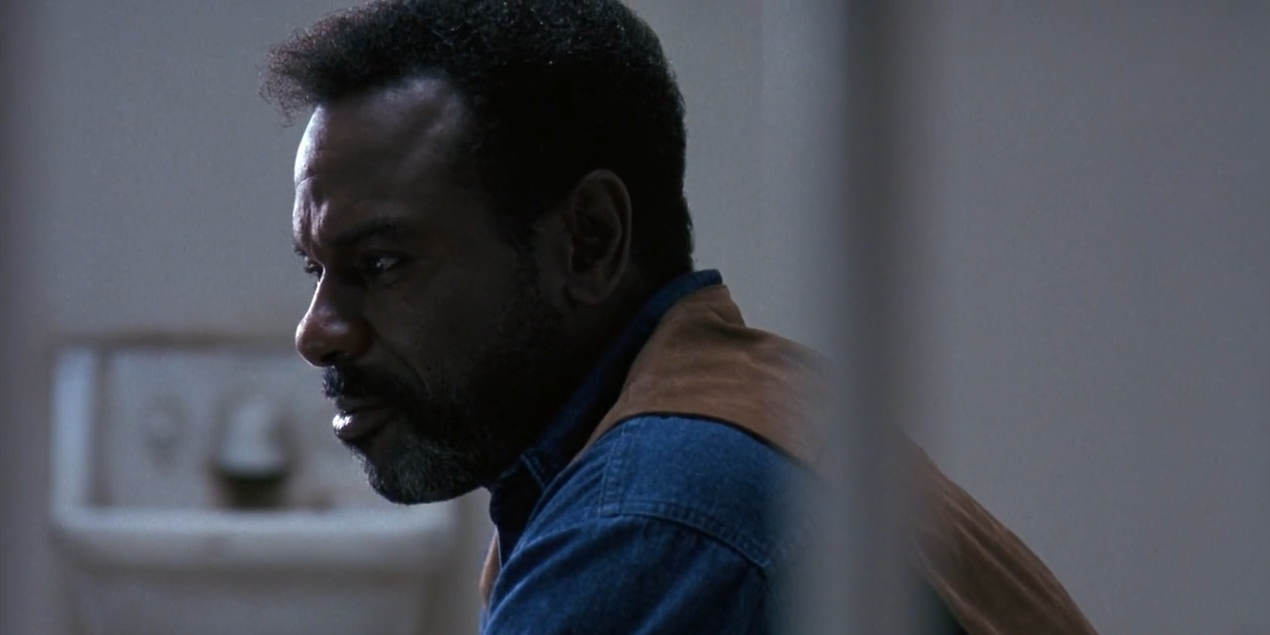 This makes for a startlingly chaotic and frantic pace, with threats coming at our heroes from all angles. It isn't just Jason causing problems, it's the police, and the disgruntled locals, and the troubled relationships between the characters themselves. It's dynamic. And it's frustrating to watch. You shout at the screen, telling the characters to stop arguing and concentrate on the disembodied killer lurking around the corner. It's different from any of the other Friday movies, and a refreshing twist on the theme it executes so well.

The exact nature of Jason, or the force that creates Jason, is a little unclear, to say the least.

It seems that when Jason moves from one host to another, he does so as a kind of demonic parasitic worm covered in black ichor. So is Jason actually an overgrown worm? Or is Jason actually Jason, but when he needs to move to a new body, he deforms and animates tissue in his current host to get into his new one?

What effect does Jason actually have upon his host? When Jason possesses the coroner, the coroner becomes a mute, grunting brute. Yet before transferring into his next host, the coroner (Jason) straps his victim to a table and gives him a shave for no apparent reason. It's remarkably unlike Jason to toy with his prey, so this scene is particularly confusing.

Generally, Jason's hosts remain mute aside from grunts, and sort of walks and stumbles around uneasily. But when a officer Parker is possessed late in the film, he not only appears completely normal but even speaks in his normal everyday voice. Is the implication that Jason can actually possess people and walk around the city doing normal human things, like going to work and ordering sandwiches and so on?

The best explanation I can come up with is that Jason's primary goal was to be reborn back into his normal body (for whatever reason). So whatever temporary demonic abilities he gains in his movement toward that goal, we can assume is akin to adrenaline in a normal human, allowing them to achieve extraordinary things in times of duress.

That's not a completely satisfying answer, though, and there still may be a better explanation.

In the movie, Steven visits the old Voorhees house. In an apparent "easter egg", he discovers, on a table sitting dormant, presumably since 1958 (keeping in mind that by my calculations, the Friday universe by this film is at least 19 years ahead of real time), the literal Necronomicon.

Yes, the book of the dead from the Evil Dead film franchise.

According to the director, this discovery is not just an easter egg for horror fans, but actually a central plot point that he was unable to include in the film because New Line Cinema doesn't have rights to use the Evil Dead. Apparently, the shots with the Necronomicon is meant to convey that Pamela Voorhees, Jason's mother from the original film, made a pact with the Devil for Jason to be resurrected after drowning. Jason rose again, but as a zombie or, in Evil Dead lingo, a Deadite.

This explains quite a lot, actually, especially in this movie but also across the series. You might even argue that with so much apparent inconsistency in the logic of Jason's body snatching, this plot point was essential to understanding the movie's central theme.

You can thank legal stupidity for preventing a direct tie-in. In a world of free culture, references like this would be perfectly acceptable and even encouraged. But as it is, the very idea of incorporating someone else's ideas into your own art is a legal risk. So we don't get that plot point in the movie, and we had to wait 14 years to hear about it.

On the other hand, though, you can also argue that the director oughtn't have left a major story element like this up to a 20 second sequence that, without any other context, amounts to an easter egg for horror fans. At the very least, there might have been a note in the book written by Pamela about the horrible thing she'd done, or a journal-style voice recording (overly convenient, but consistent in spirit with the Evil Dead). This could have been done without directly referencing the Evil Dead, especially given that the book is pretty recognizable.

The subtitle of the movie is The Final Friday. Like The Final Chapter, this one wasn't all that final. But Jason does indeed get dragged to Hell in the closing sequence of the movie. Will he return? Of course he will. He has to. Because horror movies can mimic Friday the 13th, and they can riff off of it and reference it, and honour and pay homage, but no horror movie or series can ever match Friday the 13th. And no other movie villain could possibly match Jason.

Next month, I"m doing the unthinkable and looking at the next two movies out of release order. This movie ends with Jason being dragged into the ground, followed by the hand of Freddy Krueger (from Nightmare on Elm Street, of course) emerging to grab the hockey mask left behind, so it's clear that the next film in the series is actually Freddy Vs. Jason and not Jason X (even though the X is probably a Roman numeral for 10, making it Part&nbps;10 in both name and release order). I've read that the only reason Jason X was released first was because Freddy Vs. Jason was delayed by bureaucracy, and I don't think either Jason or Freddy would want paperwork to stand in the way of common sense. Besides that, Jason X is about Jason in the future (I mean, the far future, not just 19 years), so it can be considered a diversion.

I'm not a Nightmare on Elm Street fan. I find many pseudo-dream worlds tiresome, and Nightmare obviously relies on that motif. But pitting Freddy against Jason was of course a hot debate among fans, so the chance to see it play out was and is an exciting prospect. Next month, I'll do just that.